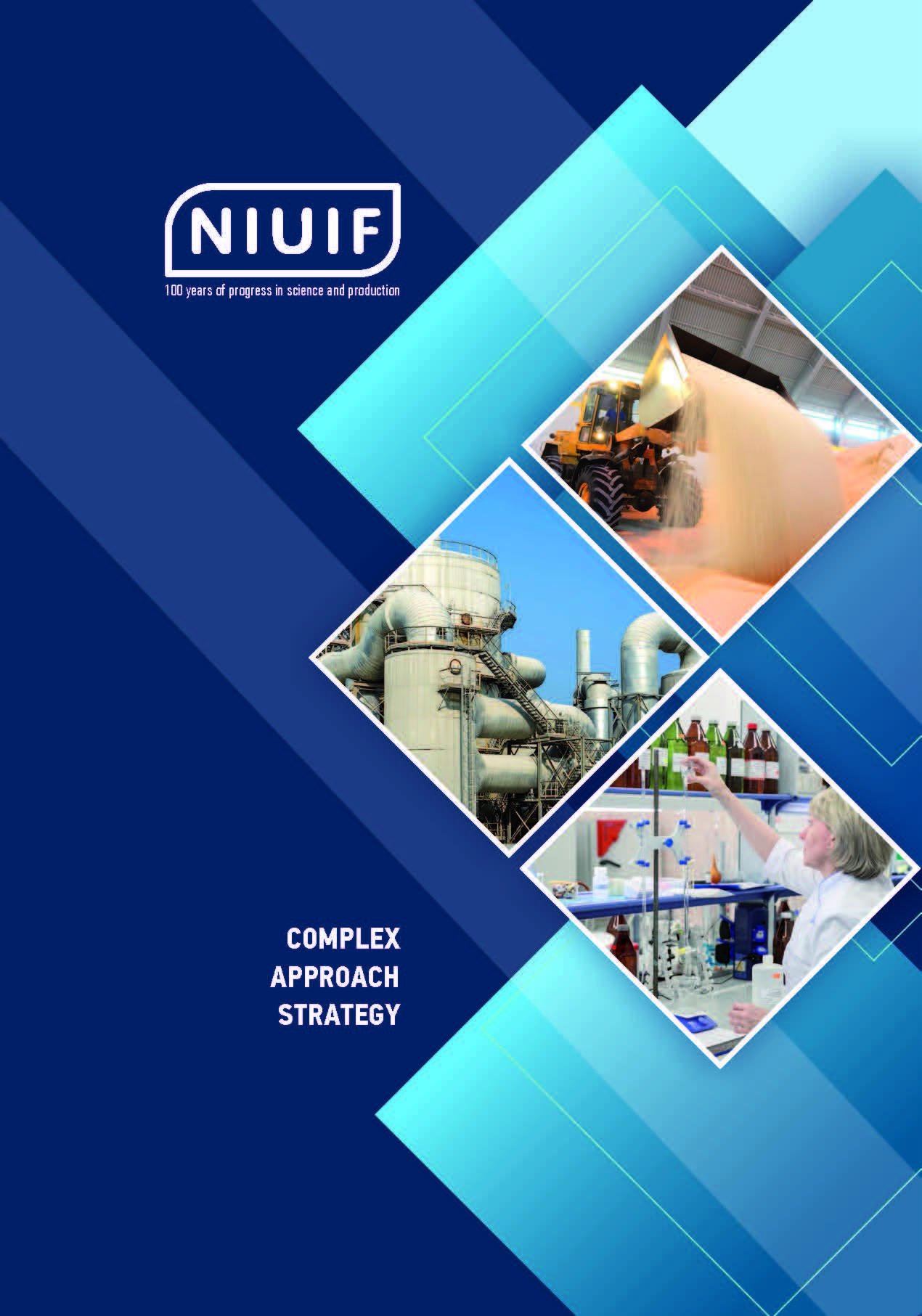 JSC NIUIF has been developing and improving feed phosphate technology since the 2000s to the present and specializes in the processing of prepurified wet-process phosphoric acid (WPA).

The main consumer specifications of MCP and MDCP.

Mixing of reagents, neutralization of WPA with chalk (lime) and granulation are carried out in dynamic apparatuses: turbo mixers, plow-type mixers and in rotating granulators with internals.

A flexible process line with plow mixer without aging stage, based on neutralization of phosphoric acid with natural chalk or limestone, is intended for the production of mono-, monodi-and dicalcium phosphate.

The flowsheet is shown in Fig. 1. The clarified WPA, chalk and recycle are fed into the plow mixer. Drying of the product is carried out in a drying drum with inlet dryer gases produced in combustion chamber. The dried product is fed to the preliminary classification, then for cooling in a fluid bed cooler (FBC) and additional classification. The screened product at the stages of preliminary and additional classification is sent to the plow mixer (recycle). Recycle oversize is going through a crushing stage. Exhaust gases after a plow mixer, drying drum, FBC and dedusting system undergo dry and wet scrubbing. Scrubbing feed is done by river water. Scrubber liquid is returned to the plow mixer. 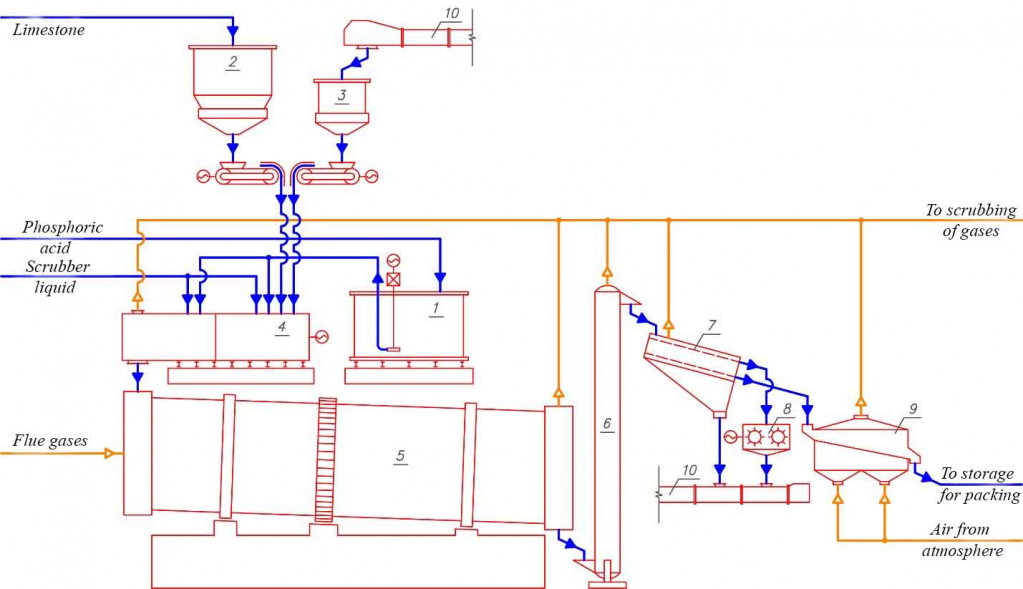 WPA with high content of magnesium oxides and sesquioxides is poorly subjected to evaporation and defluorination, thus preliminary purification of impurities with organic extractants is required.

WPA pre-purification technology has several advantages: JSC NIUIF specialists can develop technology and instrumentation for feed monocalcium phosphate with a capacity of 100 up to 350 thousand tons of final product per year.